Of all the books I read in 2021, nothing caught my eye more than this assertion by Thomas C. Oden in his 2011 book The African Memory of Mark:

The first Pentecost took place in the home of an African Jewish woman.

Oden’s remarkable study points out that the African church memory is shaped by St. Mark and his Gospel. St. Mark was born in Cyrene in Libya, North Africa and was the Apostle who evangelized Egypt and in Africa at large. African Christians see Mark as representative of the African perspective of Christianity.

While hints of Mark’s important African identity are present in Western considerations, it is no secret that most of Western church history accounts are Euro-centric and have ignored African church history and the continent’s ancient testimony about the shaping of Christianity. This is a point from another book I read in 2021 by Phillip Jenkins entitled, The Lost History of Christianity, which points out that during the first millennia of Christianity, the majority of Christians belonged to African and Asian Churches.

Support for Oden’s claim that Pentecost was held in an African Woman’s home was a startling discovery for me. In all my studies of Pentecost, I had never heard such a claim (mainly for the reasons just mentioned). The location of the upper room is a debated issue among scholars. Some argue the upper room had to be part of the Temple if the Pentecost pilgrims were to have witnessed it as recorded in Acts. However, this may not be the case if the disciples “sitting” when the Holy Spirit fell, which would not take place in the Temple where they stood. Plus, as outcasts for their belief in the a crucified man claiming to be the Messiah, it seems unlikely that their prayer meetings could be hosted by the Jewish leaders.

Instead, Oden makes a strong argument for Pentecost taking place in the home of Mark’s mother, a Jewish woman from Africa, who is mentioned in key passages in the NT. Not only was Mark a companion of Paul and Barnabas, but his mother Mary was likely an early disciple and played a Nicodemus-like role in the history of the Church

Oden’s line of argument is as follows:

With this in mind, Mark and his mother, Mary, are keys to deciphering the identity of the mystery of the location of the upper room of the Day of Pentecost. Here are a few of the facts:

Therefore, Oden argues, “Thus if this too is properly identified as the upper level of the house of Mark’s mother, it is indeed in Mark’s house that the Holy Spirit descended on the disciples after the crucifixion, resurrection, and ascension.” (Oden, African Memory of Mark, 107).

While this claim is foreign to Western histories and biblical studies, the tradition of Mary’s house as the location of Pentecost has been preserved by African Coptic historians for generations. Mary, the Mother of Mark, is a central figure in their narrative.

Today, on that site is the Monastery of St. Mark, which holds the 6th Century inscription: “This is the house of Mary, mother of John, called Mark. Proclaimed a church by the holy apostles under the name of the Virgin Mary, mother of God, after the ascension of our Lord Jesus Christ into heaven. Renewed after the destruction of Jerusalem by Titus in the year A.D. 73.”

The discovery of the African connections to the first Pentecost are both compelling and interesting. Reading his book I immediately recognized that it should be no coincidence that that African Christianity is so decidedly Pentecostal in nature, a point he eventually makes. Today, African is one of most Pentecostal continents in the world. African Pentecostal and Charismatic Christians number over 230 million, representing 34% of all Christians in Africa (World Christian Encyclopedia). Oden says, “Even today, the vast African body of believers is still marveling at the Pentecostal event, hosted by an African woman.” (Oden, African Memory of Mark, 109).

I believe the African memory, put forth in this important work by Thomas Oden, is a reminder to us in the West that Christianity is, and always has been, a global religion. Its earliest believers were among the nations of the world at Pentecost. And today, Pentecostalism is the fastest growing segment of Christianity, helping to recapture that global character in fulfillment of the eschatological hope that “every nation, tribe and tongue” will stand before the Lamb and praise his name forever (Rev. 7:9-10).

6 thoughts on “The African Roots of the Day of Pentecost” 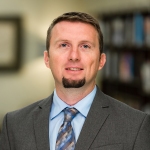